Good news for those looking for VPS hosting solution. Digitalocean has upgraded their droplet offering by increasing the diskpace and RAM at the same price point.

Here are the new Droplets package from Digitalocean: 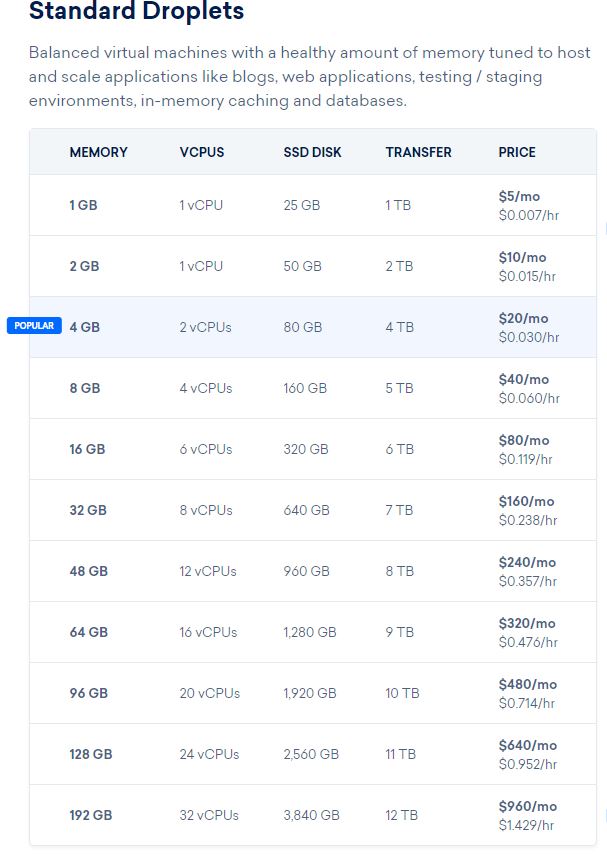 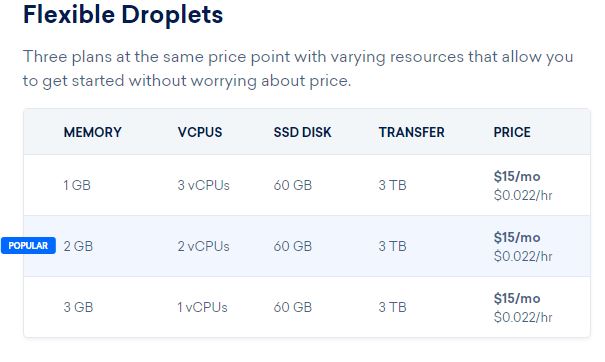 The most interesting plan is Flexible droplets where you can resize the droplets at any time choosing between with RAM or vCPU at the same price point.

New customer will enjoy USD10 giveaway when signing up with Digitalocean. Remember that Digitalocean charges by hour, so you can test drive their VPS in a few days and can decide whether you want to continue or not with their service without any penalty

Here’s how to run a script with another user privilege. You can run this user with root.

In order to solve this, you need to edit “/etc/sshd_config” file and change or add this line:

Then restart OpenSSH server. This will solve the kex protocol error problem,

UFW: Securing SSH
UFW or Uncomplicated Firewall is a firewall package in Ubuntu. UFW can be used to secure SSH ports in Ubuntu server.

In order to secure OpenSSH, we must first disable UFW and allow all SSH rule.

This is a a guide to integrate Telegram messaging service Fail2Ban. With this integration, Fail2Ban notification will be sent through Telegram services.

Setting Up Fail2Ban with Telegram

After installing ‘telegram-cli’ and its requirements, you should proceed to add ‘telegram.conf’ config in /etc/fail2ban/action.d

Then, you need to create a script file in “/usr/share/fail2ban/fail2ban-telegram.sh“.

After that, you need to ensure that the script is executable, by running.

Then, you need to edit “/etc/fail2ban/jail.conf” file to hook the action plugin with events. In this case, I choose the ssh and sshd events.

Then proceed to find the [ssh] and [ssh-ddos] part. Add ‘telegram’ config in the file. Replace the “webmaster@example.com” email address with your email address.

Now go to the “ssh-ddos” section, repeat the same step.

Finish up by restarting fail2ban server, and if you done it correctly you will be receiving both telegram messages and email notification regarding fail2ban startup! 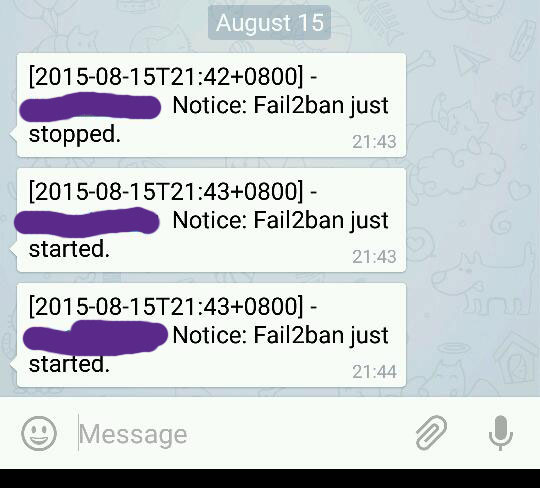